The prairie rattlesnake is North Dakota’s only venomous snakes. Their color varies from greenish-gray, brown or red, to all brown. They have dark, oval blotches surrounded by white markings. Rattlesnakes are found in grasslands and sagebrush areas, as wells as high rocky ledges of buttes. They are primarily found in southwestern North Dakota, but have been observed in counties bordering the Missouri River on the east. In early spring and late fall, prairie rattlesnakes hunt for food during the day. In summer months, they take shelter from the heat by finding a shaded area or rocky outcrops. There they stay until evening when they begin their nightly wait in ambush for small mammals. In winter, these snakes will hibernate together in prairie dog burrows or rocky crevices. Females mate in March to May, and in the early fall give birth to live young. An average litter contains about 12 young, but this can vary from 4-25. Young are able to fend for themselves and no parental care is given by the mother.

The unique feature that gives rattlesnakes their name is the rattle. These rattles are shaken by snakes to scare and warn potential predators. The number of rattle segments increases each time snakes shed their skin, about 1-3 times per year. Rattle segments also wear and break off with age. Because of this you cannot reliably age rattlesnakes by the number of segments on the rattle. Rattlesnakes are pit vipers. They use specialized organs to detect heat. These pits, found below and in front of the eye, are placed at different positions on either side of the snake’s head. This makes it possible for snakes to line up prey in total darkness. Fangs are covered by a protective sheath of tissue, and are normally folded back against the roof of the mouth. Rattlesnake fangs are hollow and connected to a venom gland, which lies behind the eye. Fangs are replaced at regular intervals. 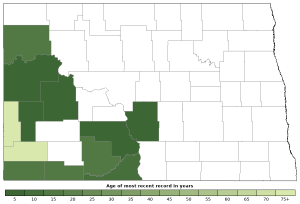 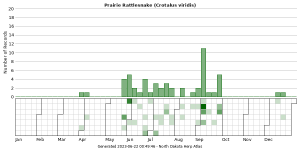 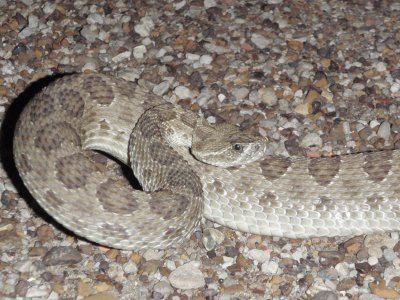 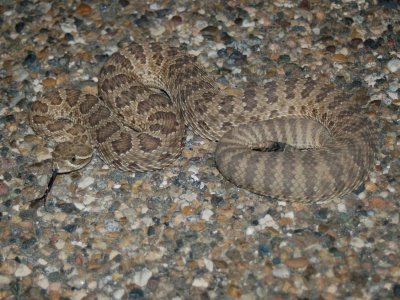 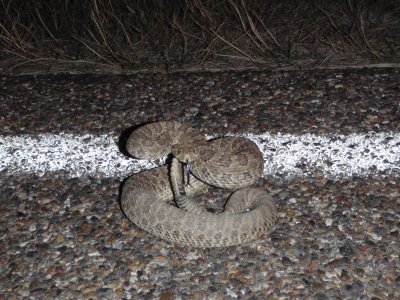 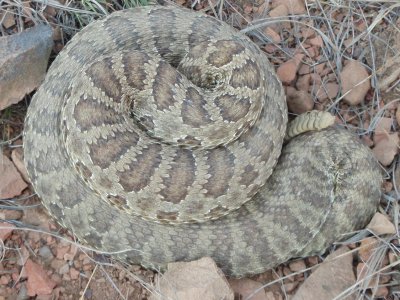 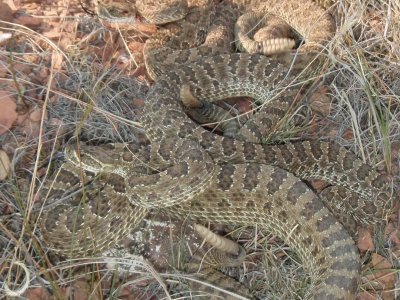