The plains spadefoot is the most easily recognized toad in North Dakota. Its skin is smooth like that of a frog, and it has a distinct vertical pupil like that of a cat. Its color varies from a light cream, to gray or brown, and may have small orange spots. These toads inhabit dry grasslands, with sandy or loose soil primarily south and west of the Missouri River, although some scattered populations have been found in central and northern North Dakota. Their back feet have a digging spur (spade) used to burrow into the soil.

They may burrow 3 feet or more underground until they hit a layer of moist soil. Spadefoots are known as explosive breeders. During warm summer months they emerge in the evening after a heavy rain to quickly breed in shallow pools. Females lay 2,000 eggs, which hatch in 2-4 days and tadpoles metamorphose into toadlets (i.e. small toads) within one month. By morning, adults are back underground awaiting the next heavy rain. Spadefoots eat a variety of small invertebrates. 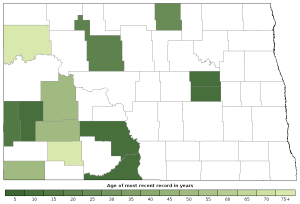 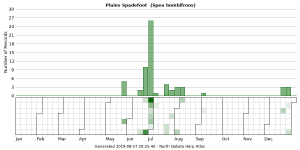 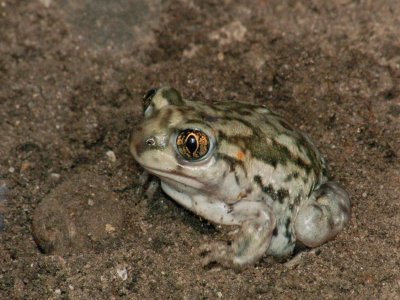 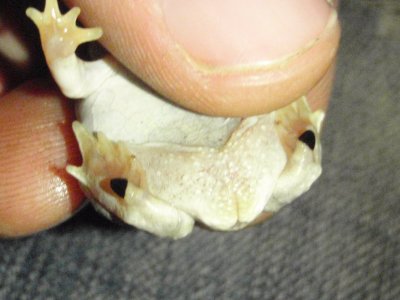