Woodhouse’s toads are North Dakota’s largest toad. Its coloration varies from green to light brown, with a distinctive light stripe down the middle of its back. Their bellies are white to yellow and typically have no markings, but may have a single chest spot. The Woodhouse’s toad is most abundant in western North Dakota where it may be found in grasslands, wetlands, floodplains, and back yards. They are commonly found at night near the base of yard lights where insects are abundant. Females lay up to 25,000 eggs. Woodhouse’s toads are named after the 19th century explorer, surgeon and naturalist, Samuel Woodhouse. These toads were formerly called Rocky Mountain toads.

Comments: A single specimen from eastern North Dakota is known from near the Minnesota border. 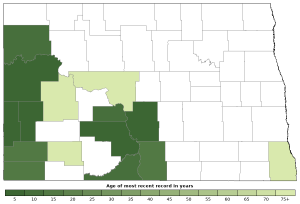 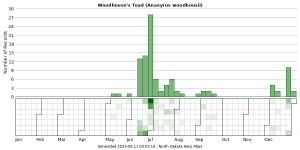 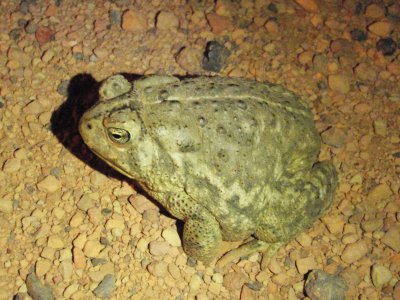